Free-media, fruit of the poisonous tree! 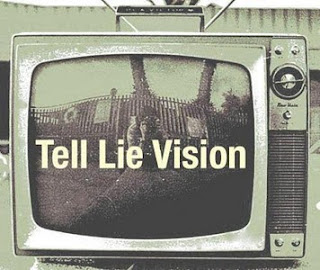 In the present era, the media campaign against Pakistan to show only its negative points is at its peak, the positive face of Pakistan is crushed. But the regretting part is our own media is also following the footsteps of the international media.
A media is the country's face to the outside world; it is able to show bad or good face.
If we watch a Pakistani news channel for a minute you can see 80% news which is negative. Now compare with the international media, we can rarely see negative news about UK, USA or any other European country on BBC, CNN, etc. Are those countries without any negativity? Are they free of corruption and crimes? The answer is a big NO. No country is perfect and no country is free from corruption, crimes, wars, hate and tragedies. The only thing is how their media presents it!
Seems like the whole international media is in search of negative news and reports about Pakistan and as soon as they got news, even small, they project it as the headline. No wonder, media is biased and everyone knows that media is under strict control and monitoring, the slogans of Free Media are indeed fake. Ever wonder why some of the biggest ever conventions are not given that much publicity as some other conventions of the same strength. How a press conference on a non-issue matter covered more than 3 hours and a press conference on a burning issue is covered in a 10 second report at the end of the news.
The mistake is ours, we take media as Idol, and we think that we can not achieve our targets or can not get public if media do not cover us, but the fact is that, the most influential movements of the world gone successful without the media support. If we are heading a campaign or a movement, we should focus our heads towards our target and goal. We might have mistakenly thinking that our goal is to get more media coverage, despite that we should be working for our actual goal and target; the media will come behind us one day. Don't make media our need, we should realize that media need report and issues, if our issue is strong enough, then no need to beg and plead media for coverage, they will come behind us and cover!
Media should act responsibly & maturely, without biasing, show the truth, rather than mold the truth! It is the responsibility of the journalists, photographers and reporters to make the media go their way, rather than follow the rules set by the stakeholders of media. If media did not correct their direction, then the day is not far when people will turn away from fake TV media and turn towards other medias (social, etc) as time passes!
Posted by Syed Owais Mukhtar at 12:07 PM